Despite her small size, Slovakia has provided the world with some important inventors throughout the years. Here we take a look at some of the more well-known Slovak inventors.

Ján Bahýľ, born in Zvolenská Slatina, in 1845, is probably the greatest of all the Slovak inventors.

In 1869, Bahýľ graduated from the Banská Štiavnica Mining Academy with a diploma in technical drawing. During his year-long army service, he was noticed by his superiors, having made some technical improvements for the Hungarian army, and was enrolled into the technical staff.

As well as being entrusted with complex building tasks while in the army, Bahýľ was also able to study at the Vienna Military Academy, where he graduated in 1879 and was made a lieutenant.

During his time in the army, Bahýľ was able to work on a number of inventions, many of which involved hydraulics. His first notable invention, which he actually financed with his own money, was the Steam Tank. This was bought by the Russian army, the money from which enabled Bahýľ to dedicate the rest of his life to inventing.

Bahýľ was granted 7 patents in all, including the invention of the tank pump, air balloons combined with an air turbine, the first petrol engine car in Slovakia (with Anton Marschall) and a lift up to Bratislava castle.

Perhaps, he is best remembered though for constructing a petrol motor-driven helicopter, which he himself flew up to 4 meters high and for over 1500 meters, in 1905.

Jozef Murgaš was born in Tajov, in Slovakia, and at the age of 18 joined the priesthood. As well as his religion, both science and art also played an important part in his life.

In 1889, Rev. Jozef Murgaš attended the Academy of Art in Munich, where he had a lot of success. Meanwhile, his fascination for science continued, and he enrolled at the Electrical College of Vienna, where he studied the field of wireless telegraphy. Murgaš emigrated from Slovakia to Wilkes Barre, Pennsylvania, where he achieved his first scientific breakthrough: Murgaš devised a system which greatly improved Morse code.

Murgaš’ “Rotary-spark-system” allowed for much faster communication, through the use of musical tones. He patented his new invention, which is now listed as the “Wireless Telegraphy Apparatus”, as well as 16 more inventions in this field. These patents would go on to form the foundations for the invention of the radio.

A lack of money and a number of financial setbacks led the humble Murgaš to give the younger, and more prosperous Marconi, the rights to all his patents. Murgaš did not seek recognition for his work, and indeed history remembers only Marconi as the inventor of the radio.

Štefan Banič was born in Nestic, part of Smolenice, in Slovakia. At the age of 37, Banič emigrated to America, where he found work as a coal miner in Pennsylvania.

A tragic accident, that he witnessed in 1912, led Banič to build a prototype of a parachute and then register it with the U.S. Patent Office. On the 3rd June 1914, he demonstrated how his parachute worked in the most daring style, by jumping from a building in Washington. He later went on to jump from an army aircraft.

Banič kindly gave away his patent rights to the U.S. Army. Although the parachute proved to be extremely important during WWI, he received little fame or fortune for his invention.

Wolfgang von Kempelen was born in Bratislava and spent most of his life in Vienna, where he worked in the service of Maria Theresa, ruler of the Habsburg Empire.

Von Kempelen was quite simply a genius. Among his many achievements was the invention of a speaking machine (in 1791) and a special typewriter for the blind.

His most famous invention, however, was the construction of The Turk, a chess-playing automaton, which was later found out to be a hoax.

The invention of the water pillar, the water pump machine, by Jozef Karol Hell in 1749, played a big part in Banská Štiavnica becoming one of the biggest centres of silver mining in Europe, during the latter half of the C18th.

His first machine could pump water up from the depth of 212 metres. Hell then continued to build a serious of pumping machines, between 1749-1768, which were among the best technology in this field, worldwide.

Jozef Maximilian Petzval, born in Spišská Belá, in 1807, is considered by many to be the founder of modern photography.

Petzval is most renowned for his work on optical lenses in the 1840’s, which was instrumental in the construction of modern cameras. He is also remembered for greatly improving the telescope and designing the opera glass. 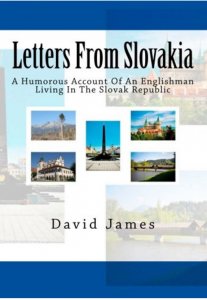