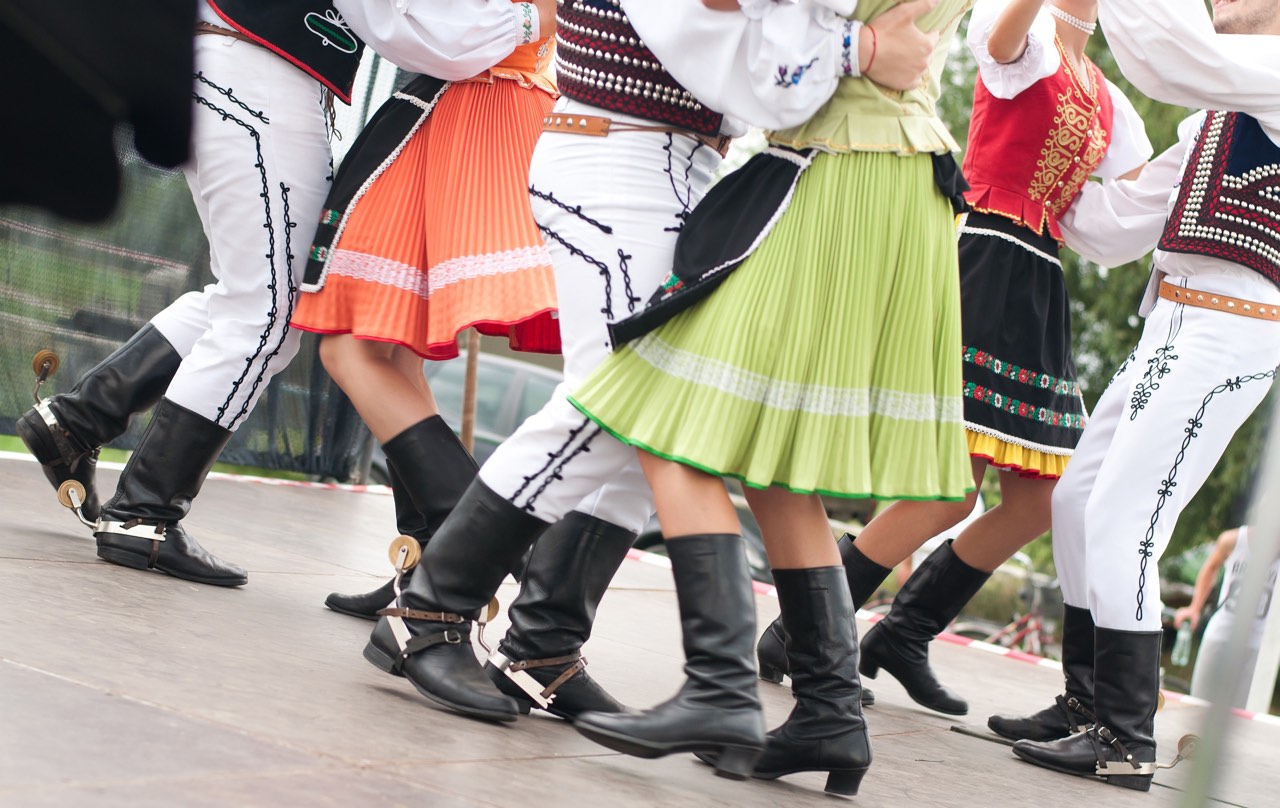 In Slovakia, tradition is also kept alive in the form of music and dance. Slovak folk music is popular throughout Slovakia, with different regions performing their own unique dances. When Slovak folk groups perform a dance from a particular region, they wear the traditional costumes typical of that region.

Slovak folk dances are especially popular in the Orava, Liptov, Šaris and Horehronie regions of Slovakia.

There are many different Slovak dances typical of the Orava region. These beautiful traditional dances include:

This is a folk dance full of energy and quite typical for the Low Orava Region. The dance represents the old traditional way of threshing cereals with flails.

This dance is performed by girls dancing over sticks, which are called ‘love’. Olasku, Orava.

This dance comes from the village of Osadka, in the Low Orava Region, and girls traditionally dance this when playing up on the meadows and also at ‘fasiang’ festivals.

‘Fasiang’ is a Slovak festival, with traditional masks, from the Low Orava Region. Typical masks include a bear, a gypsy, a soldier, half-man/half-woman, loktibrada (little bearded dwarf) and others.

The Saris is an energetic dance performed by a couple, which is typical for the Saris region, in Eastern Slovakia. The routines includes the following dance elements:

This is another energetic folk dance, which is typical for the Horehronie Region, in Central Slovakia. The dance is always very popular with the crowds thanks to the characteristic stamping rhythms.

An energetic dance performed by a couple, typical for the Myjava Region, in Western Slovakia.

The folk music that accompanies the dancing, is played using the following musical instruments:

The Slovakia festival, Traja králi (the Three Kings) is a holiday of obligation in Slovakia, on the 6th January, in honour of the Three Wise Men, who came to bow before the newly born, baby Jesus. In the past, this day was celebrated with people going round houses in the village, dressed up as the…